Why Pest Control Professionals Should Handle A Yellow Jacket Issue What if yellow jackets were left alone to build a nest that was so huge it would send most people running? Left somewhere in nature, completely undisturbed, until someone happened to cross its path? This is what one of our lead technicians experienced on a call to deal with a yellow jacket issue. Here we will share what he encountered, the nature of yellow jackets and why dealing with them is best left to the professionals.

The Nature Of Yellow Jackets

Yellow jackets are social insects with black and yellow markings similar to bees. Unlike bees, however, these wasps are predatory insects that build large nests in the ground or in other hard to reach places. They have a distinct segmented body with a thin waistline, a yellow face with dark eyes and yellow bands around their abdomen. Their wings are elongated and when they are resting, they fold them laterally to their body. They also have six legs, antennae and are hairless unlike their bee friends. Though they look scary and can be aggressive when crossed, these wasps are beneficial to the ecological system in that they help keep control of insects that damage crops and gardens by feeding them to their young.

When a yellow jacket’s nest is crossed however they become very agitated. Out of protection for the queen, these insects will become very aggressive with anything or anyone who makes them feel threatened. Because wasps can sting multiple times, crossing the path of a large nest can be considerably dangerous as humans are known to have allergic reactions to their stings. As a matter of fact, the more times you are stung by wasps or hornets, the more susceptible you are to having an allergic reaction. Unlike spider or snake venom that builds immunity with small doses, wasp venom reacts a different way in that it builds an intensified reaction the more times one person is exposed to their stings. This means that if you were stung multiple times as a child you are susceptible to a severe allergic reaction if you are stung later again in life. Another worthy note is that unlike any other wasp or hornet, yellow jackets bite in order to get a better grip so they can ensure their sting is effective. Let that one sink in!

After receiving an emergency call for a yellow jacket problem, Scott responded to a secure location where forestry workers had encountered multiple stings from a yellow jacket nest on their work site. Because of the workers’ encounter, the job site was shut down until the problem could be dealt with. Unfortunately for Scott, getting to the location of the nest required walking and climbing a lengthy distance of terrain in order to scope it out. With a backpack of supplies, Scott ascended the mountain in search of the nest, climbing through brush and scaling the hillside with the aid of a cable and nylon rope. Unsure of what he would discover, he quickly recognized he was within the vicinity of the nest as yellow jackets were flying by. Staying out of the fly pattern, he crawled through foliage and brush until he was on top of the underground nest. He then had to spray product down the entryway and quickly retreat before he was susceptible to being stung. Fortunate for years of experience in dealing with yellow jackets, Scott was able to make it back down the hillside without any stings and a job complete. 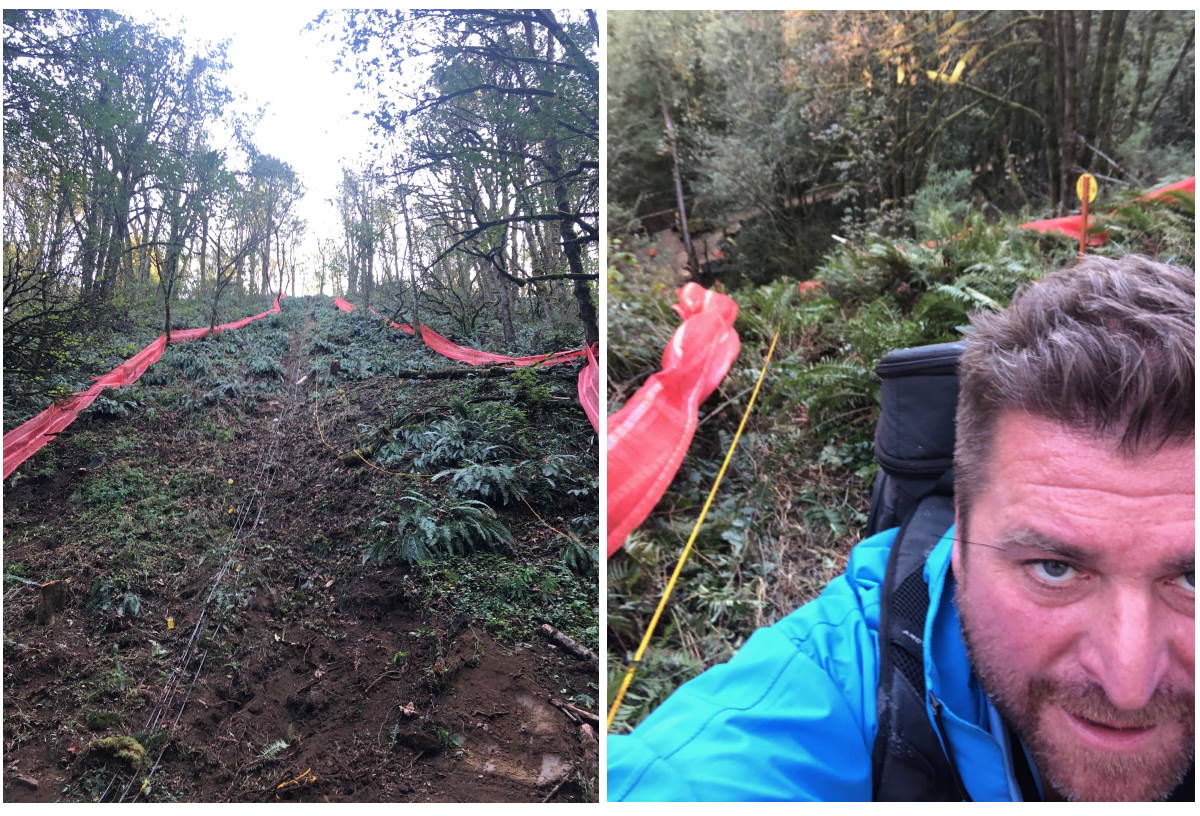 Why Pest Control Professionals Should Handle A Yellow Jacket Issue

As mentioned before, yellow jackets can become very aggressive when they feel their colony is threatened. If a nest is disturbed they will easily chase down a threat; flying after them until they feel they have chased them far enough from the nest. If someone was not able to get away fast enough they would be susceptible to being stung; possibly multiple times by multiple wasps. In the story shared earlier, the forestry workers had happened upon the nest without knowing it and were actually stung multiple times leaving the crew to shut down work until the problem was handled. Before calling a pest control professional, they tried to treat the problem on their own but quickly realized they were at risk by doing so. Their attempt to treat the nest caused the yellow jackets to become angry and crew members were stung multiple times as a result. With yellow jacket colonies growing up to the thousands, handling them on your own can be very dangerous which is why pest control professionals should be left to handle yellow jackets.

Scott’s story is just one of many encounters where he has had to deal with a yellow jacket issue and it is his work ethic that keeps him determined to fix the problem so others can continue on with their work.