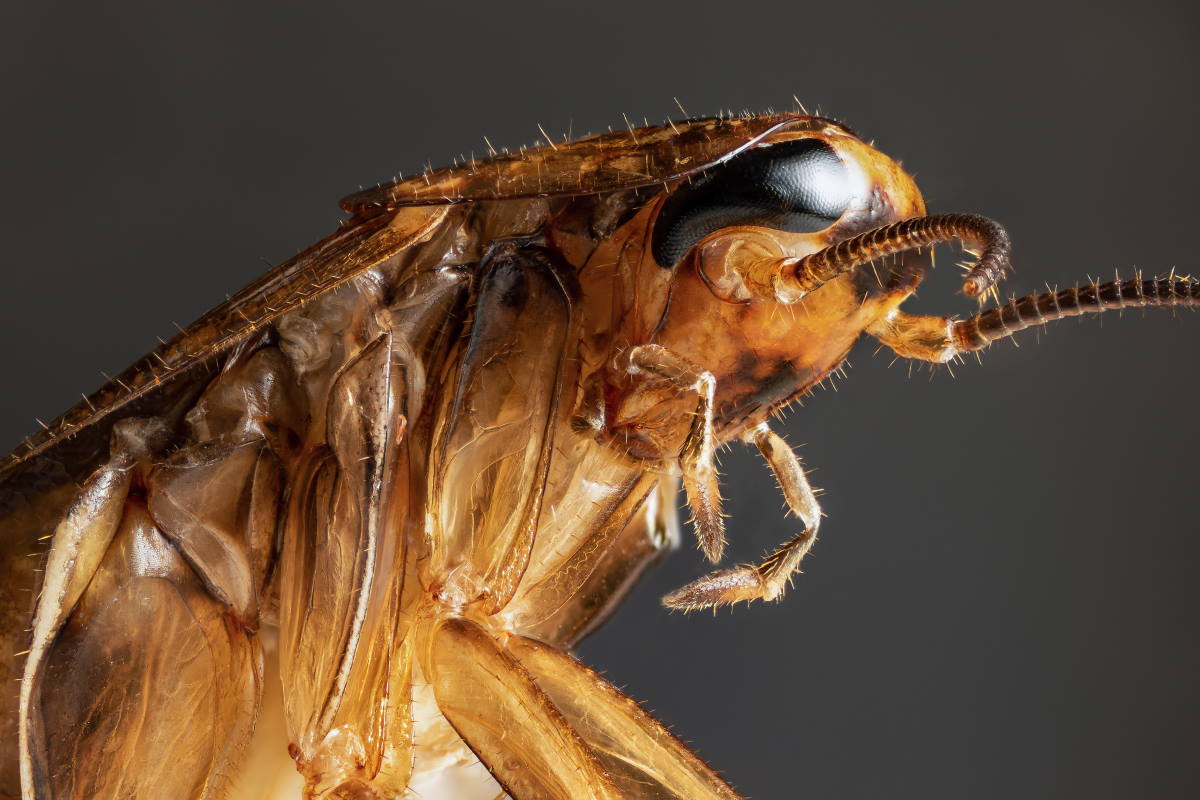 Lets face it, cockroaches are gross and as though you want to learn about these filthy pests that scavenges your home in the night, we have some weird but interesting facts about them that are worth peeking at.

1. Cockroaches Can Live Without Their Heads

A cockroaches body is made up of three different segments known as the head, thorax and abdomen. They have antennae that help them to discern smells and vibrations which are connected to their head. It may be surprising but in their head consists of a brain, eyes and strong mouthparts that they use for breaking down food. Though their head has important components, they can live for a week without it because of their open circulatory system. Small holes within the other body segments enable them to breath without their mouth allowing them to not be dependent on their actual head for breathing.

2. A Cockroach Can Travel Up To 3 Miles An Hour

Ever see a cockroach scurry across your counter when you turn the lights on? Before you know it, these gross pests are out of your sight before you can even blink. This is because of their six spiny legs that enable them to move fast when they feel threatened. They also have more than a thousand lenses in their eyes allowing them to see multiple things at once. Because they can sense vibration through their antennae they are quick to run the moment they feel something is approaching giving them a head start before you even enter the room!

3. Cockroaches Can Hold Their Breath

A weird but interesting fact is the discovery of cockroaches holding their breath. Through a variety of tests in which dry and wet climates were replicated, scientists found that cockroaches who live in dryer climates held their breath in order to retain water in their system while those with more moisture in the air did so less. The way this is accomplished is through the cockroaches unique respiratory system. A cockroach’s internal body is filled with trachea which holds air and delivers oxygen to their cells. Oxygen enters into the trachea through valves called spiracles which open and close in order to attain oxygen and at times retain needed water. If the spiracles were constantly open, the cells within the cockroaches would have a hard time retaining water.

Research suggests that cockroaches have lived on this earth for more than 280 million years. That’s a long time! No wonder it’s said that they will continue to survive well after humans. This may be because of all the weird things they are capable of doing but what is known is that they can survive for at least a year and females will produce 30-50 eggs six to eight times throughout their lifetime allowing them to easily reproduce in large numbers.

It may seem funny to think that cockroaches enjoy alcohol but when you think about what is in alcohol, it’s easier to understand. Alcohol contains sugar which is one of the things that cockroaches are attracted to the most. They also like grease, cheese, meat, rotting fruit and vegetables and really anything that gives off a strong smell. They will not be attracted to things like rubbing alcohol which some believe kills cockroaches but feeding off of the same alcohol humans consume is a different story.

6. They Can Survive Without Food

Almost parallel to humans, cockroaches can survive a longer time without food than they can water except that they can go without it for nearly a month! They do, however, require water making this another similarity to humans in that we need water more than we do food. Since they require more water than food, they can commonly be found in areas where there is more water content such as bathrooms, basements and other high moisture areas.

7. A Cockroaches Love Language Is Touch

These pests prefer close contact with other roaches or solid matter. This is because they are thigmotropic which causes them to seek touch along all sides of their bodies. Have you ever seen dozens of cockroaches hiding in small spaces, even cracks and crevices within the walls? Well, now you understand why. They are also social insects who like to live within the same area of their older generational counterparts. Those who are left without the company of their fellow brothers and sisters are even known to get sick or lose their ability to mate.

Cockroaches are cannibals and that isn’t because they like meat! These pests are known to eat anything and everything. They really are not picky. They’ve even been known to eat glue but what adds to the smorgasbord of their diet is the fact that they will even eat one another. In cases where food becomes scarce, cockroaches will turn on each other as a source of food but also to get rid of their competition. With less cockroaches around it will be easier to access available food sources to keep them satisfied.

Now that you know more about cockroaches than you did before, if you ever experience a cockroach problem in your home, you may find yourself thinking about weird facts instead of just how gross they are, though you’ll probably still find them just as gross.