What Happens To Wasps And Hornets In The Winter 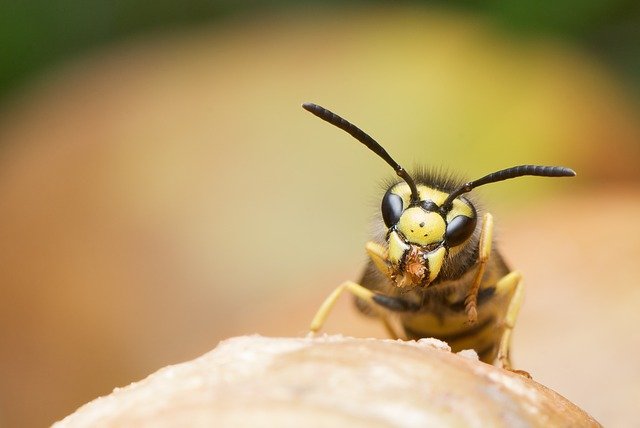 Wasps and hornets can be a real nuisance. Come spring they seem to be everywhere. Especially while you’re out enjoying a picnic! A wasp nest can hold up to 10,000 wasps by the peak of the summer season whereas a hornets nest typically has anywhere from 100-700 hornets; much of which are workers. Though these larger wasp nests are uncommon, the average nest still holds up to 6,000 wasps. That’s a lot of stinging insects that can become a real problem if agitated. So what about when their activity becomes less visible. Where do they go? Here we will discuss the differences between wasps and hornets, where they live and what happens to them in the winter.

The Differences Between Wasps And Hornets

Hornets and wasps are almost always associated with one another. Most of these flying insects that we see are wasps but there is a hornet species known as the European hornet or Brown Hornet that lives within the U.S. When distinguishing between the two you’ll only need to look at their size and color as hornets are significantly larger than wasps with black and white rings versus a wasps yellow and black rings. A hornets nest will be located above ground, made from paper and globular in shape. Wasps, however, build their nest above and underneath the ground depending on the species. Wasp nests made above ground are made from the same materials hornets use to build their nests but they tend to keep their nests from being enclosed unlike hornets nests. Commonly seen wasps, like the yellow-jackets, are particularly aggressive in character but most wasps or hornets will not sting you unless they feel threatened or their nest is disturbed.

Where Do Wasps And Hornets Live

Wasps and hornets live all over Northern America. They can be seen in forested areas, playgrounds, cities, suburbs, backyards, baseball fields, orchards and all the like. There are endless possibilities on where these insects can build their nests; it simply is a matter of where they feel protected from the elements and potential threats. Once they’ve found a protected area they will build their nests either underground or above ground in places such as trees, mounds of dirt or the eaves of peoples homes. Wasps in particular have no qualms with building near people. When these insects make their nests they will collect wooden fibers that are then chewed into a pulp and used as the main material in nest building, mimicking the appearance of paper once it’s dried. Even underground nests are made in this same way. Once completed, hundreds of hornets can live within their nests and thousands of wasps can live within theirs. What Happens To Wasps And Hornets In The Winter

Because wasps and hornets are not made to endure cold temperatures they will die come late fall or early winter. The only ones to survive will be the mated queens who will hunker down somewhere they can hibernate until spring arrives; at which point they will start constructing a new nest. Both hornets and wasps are known for constructing their nests in new locations each year but sometimes they will go back to their old nests and build off of them.

Fertile queens will begin construction of their nests when they come out of hibernation, building a few cells in which to lay their eggs, initiating the first of the colony’s workers. Once hatched, these workers will take over the building process while the queen continues to lay her eggs; reaching full expansion by the end of summer. At this time, the queen will have produced eggs that will develop into new queens and fertile males so that once the cooler weather approaches, these new queens can leave their nests while the remaining wasps or hornets die off.

If you suspect or see that you have a wasp or hornets nest around your home, call your local pest control company to help remove wasps and hornets from the area. Wasps in particular are known to build their nests inside the walls of homes or attic spaces which can leave homeowners at risk as they are aggressive in nature. Trying to get rid of the problem yourself can result in being stung multiple times since these insects are protective of their nests. A local pest control company will have the proper tools and equipment to safely and effectively remove the insects and their nest.