Are Termites A Problem In Portland, Oregon 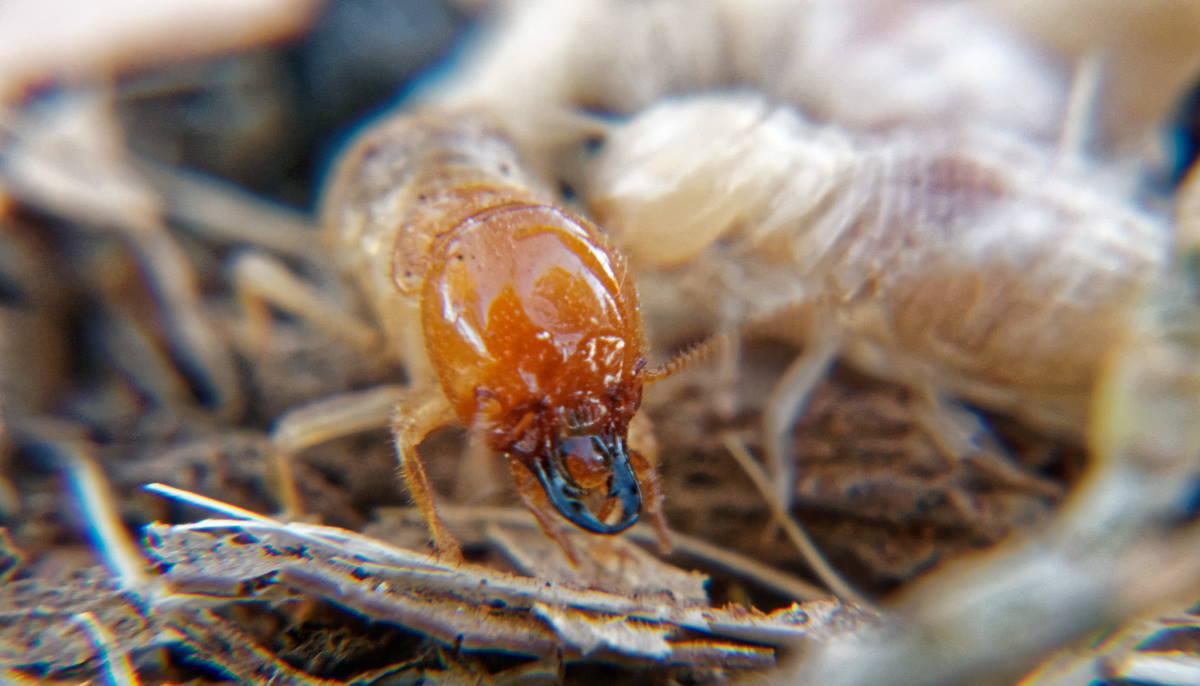 It’s no surprise that home and business owners in Portland, Oregon deal with their fair share of termites. A termite’s primary source of food is cellulose which is found in numerous organic materials like trees which we then use to build our homes and office buildings. Because of this, termites cause over 5 billion dollars in damage to property owners every year. Whether you own commercial property or a home, every structure made from these organic materials is vulnerable to termite infestations.

Portland, Oregon primarily deals with two types of termites which are subterranean termites and dampwood termites.

Subterranean Termites – Subterranean termites live in colonies comprised of three castes: a king and queen, workers, and soldiers. The king and queen are about 1/4 of an inch long and perform the reproductive functions of the colony.

They are often confused with winged or “flying” ants because of their black bodies and transparent wings. However, the antennae of termites are straight with bare, bead-like segments, while those of ants are elbowed. Also, termites have wings that are equal in length with many fine veins, while ants have two pairs of transparent wings that are unequal in length with few veins. Also, ants are distinguished by a dark patch along the outer margin of the front wing.

Dampwood Termites – More than 2,000 species of termites exist in the world, and they can be grouped into three categories: subterranean, dampwood and drywood. Dampwood termites are particularly prevalent in the Pacific Northwest. They are related to cockroaches, yet demonstrate a social behavior similar to that of ants and bees. This is one reason why termites are often confused with ants.

Workers are about 3/16 of an inch long, light-colored, and wingless. They carry on all aspects of the colony maintenance, including feeding the colony and building the nest. Soldiers are approximately 3/4 of an inch long with the head and jaws comprising about one-third of their length. In general, dampwood termites are cream-colored to dark brown. However, soldiers have large reddish-brown to black-colored heads and cream-colored bodies.

One of the reasons termites love Portland, Oregon so much is that it offers a wet climate with tons of plant life. There is roughly 30.5 million acres of forestry in the state of Oregon which means that about half the state is covered in forest.  With wood being made up of 42% cellulose, a termite’s food source, it makes wood a prime target. Termites also prefer to live in warm, humid climates which is another reason they thrive in the Pacific Northwest.

How Do You Know If You Have A Termite Infestation

Termite infestations are often only noticed through an experienced eye but if an infestation is bad enough you may notice things like piles of wings from flying termites or mud tubes that can be seen around the outside structure of a buildings foundation if subterranean termites are present. There may be unexplained cracks, sagging flooring or extra bounce in the flooring. Hollow-sounding timber or quiet clicking sounds coming from inside areas of the building where there is wood can also be an indicator there is termite activity. If you suspect you have a termite problem it is best to contact your local pest control technician as they will know what to look for and be able to determine if termites are actively living in your home.

If you suspect that you have termites, call your local pest control company to come out and give your home or office an inspection.